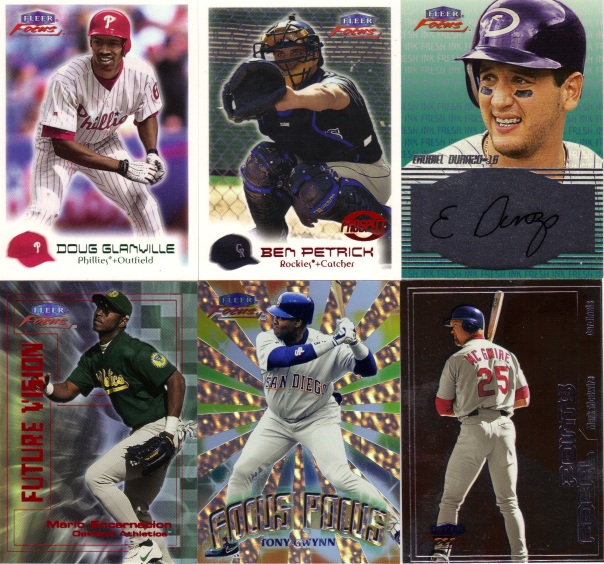 Here it is, my fourth box of 2000 Fleer Focus, the second box sent to me from Peter of Dropped Third Strike.

Base: Tons. Someday I’ll organize the base from these two boxes. If anyone would like a team set, I’ll gladly send one.

Final Thoughts: This box certainly wasn’t short on the inserts, which is good, but pulling the same inserts over and over again gets a bit annoying, especially when you get duplicates in the same box. Once again, I was haunted by Erubiel Durazo. While it wasn’t nearly as good as the autograph from Box 1, it’s still an autograph so no complaints here. Once again, I have to give a huge thank you to Peter for everything!